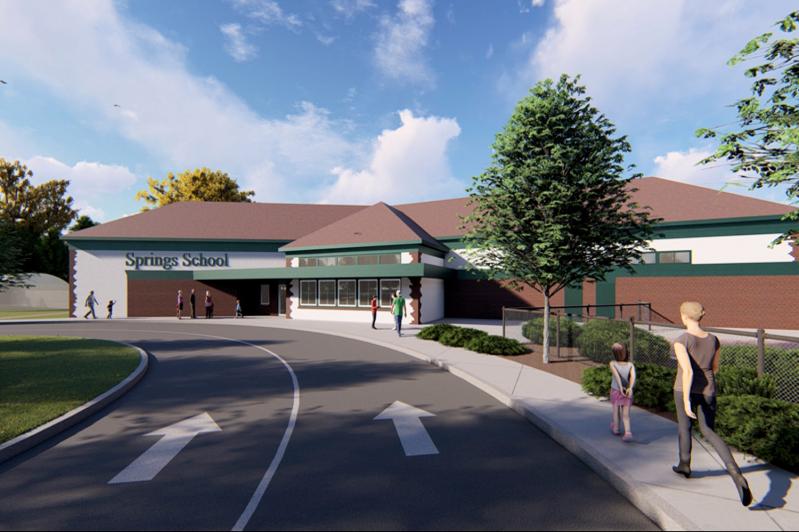 The New York State Education Department has signed off on the Springs School’s construction plans earlier than anticipated, putting the project about a month ahead of schedule, the district announced Monday.

Debra Winter, the superintendent, told the school board that the state had awarded building permits three days earlier. Approval had not been expected until the end of December, she said.

The state’s planning review process has been known to take a year or more. In the Sag Harbor School District, lengthy waits for approval of an athletic field project led to cost overruns in recent years. A similar scenario earlier this year caused rising estimates at the Bridgehampton School, which held a second bond referendum to secure more money from the community to pay for the construction.

The Springs School’s approximately $23 million expansion project is expected to get off the ground in March 2020. Before it can begin, Ms. Winter explained, there are a few more hurdles to clear. Tomorrow, BBS Architects will meet with teachers and other staff members to finalize the details. “Cabinets, counters, laptops in this area but instruments in that area — that’s all coming together,” Ms. Winter said. “We’re letting the staff look at it one more time. We’ve been very collaborative here. It takes more time to do that, but there’s nothing worse than walking into a room and saying, ‘That doesn’t work.’ ”

Next, the district will invite contractors to bid on the project. The hope is to name the winning bids by January.

“In February, there’s bad weather, the ground is hard,” Ms. Winter said. “March is a reasonable time. . . . [It] gives all your contractors more time to get their schedules ready. We’ll be able to get out in front of summer construction because there are a limited number of construction companies that will bid on projects on the East End.”

Springs is currently wrapping up the installation of its new low-nitrogen septic system, which is expected to contribute to cleaner ground and surface waters in and around Accabonac Harbor. The district has a $1.3-million government grant to accomplish that work, and although there were some bumps along the way leading to increased costs, Springs did not have to touch the bond money approved by voters in 2018 for construction.

On Monday, the school board began discussing which additional projects could be prioritized if enough construction money is left over. Items that had been pulled from the original project to cut costs in the planning phase went onto a secondary list of possibilities, which Ms. Winter called the “B list.”

Pat Brabant, a member of the school board, requested time for the buildings and grounds committee to look at that list. The committee had only just received the list and had not yet met to review it, he said.

Mr. Brabant also said he would like to see a section of roof over the “junior high school wing” repaired, because, he said, it is leaking in some places. That part of the roof had been inadvertently left out of the construction plans, Ms. Winter said Tuesday. She said the architects are about to survey the building?s overall condition, and predicted the roof area in question will be covered.

“We have to exhaust the B list first” before we can tackle that part of the roof,” she said.