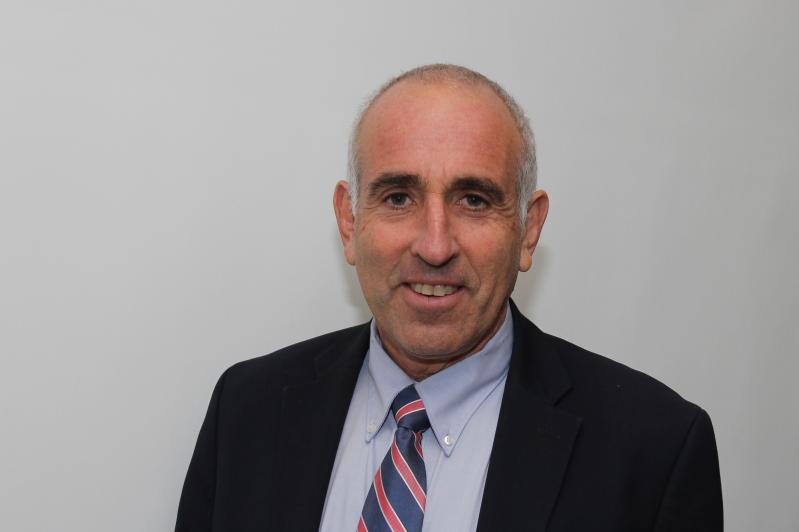 Jay Schneiderman will stay at the helm of the Southampton Town Board, after winning a third term as supervisor on Tuesday night.
Durell Godfrey Photos
By Taylor K. Vecsey

Jay Schneiderman won a third term as the Southampton Town supervisor, fending off two challengers, and while only one of his running mates won election, the supervisor will continue to enjoy a Democratic majority on the town board.

In a three-way race, Mr. Schneiderman pulled out 55 percent of the vote Tuesday, over the challengers Gregory G. Robins and Alex Gregor, according to unofficial results posted on the Suffolk County Board of Elections website. As of 11 p.m., 41 of 42 districts had reported results.

Mr. Robins, a Republican from North Sea, received 29.5. percent of the vote and Mr. Gregor, the current town highway superintendent who ran on the Independence and Libertarian party lines, took in 15.14. percent.

In the Southampton Town Board race, Mr. Bouvier, who also held the Independence Party line, took in just over 26 percent of the votes, and Mr. Martel received 25.15 percent. He held the most party lines of any of the candidates with the Republican, Conservative, Working Families, and Libertarian lines.

Meanwhile, Ms. Pell's father, Bill Pell, an incumbent Democratic town trustee, received the most votes of any of the 11 candidates with nearly 13 percent of the vote.

Ann E. Welker, who became the first woman elected as a Southampton Town trustee in the election two years ago,  received nearly 12 percent of the vote.

The three other seats on the five-person board appear to have gone to Eric L. Schultz, Edward J. Warner, and Scott Horowitz, though some may be too close to call.

In the race for tax receiver, Theresa Kiernan, the Republican incumbent, will keep her seat with approximately 58.46 percent of the vote. Gordon Herr, the Southampton Town Democratic Committee chairman, was unsuccessful in his run against her, taking in 41.5 percent to the vote.

Gary J. Webb, a Southampton Town Justice, was uncontested in his bid for reelection.