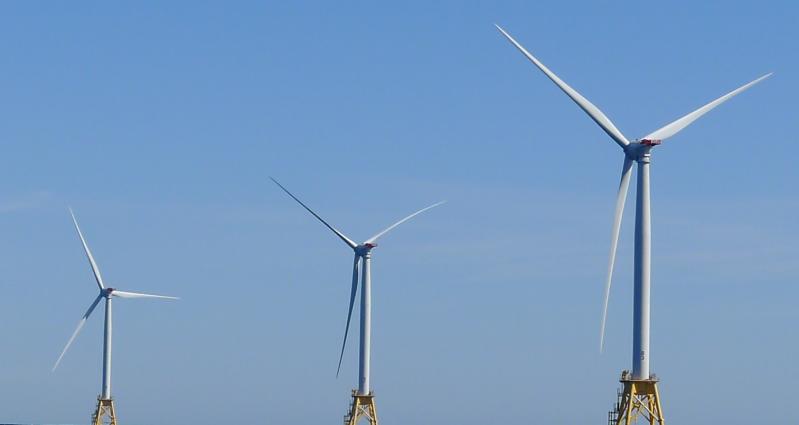 Those wishing to participate in Tuesday's settlement negotiations between the developers of the proposed South Fork Wind Farm and the New York State Public Service Commission will be able to do so without traveling to the meeting site in Albany, thanks to an administrative law judge's ruling on Wednesday.

In response to that ruling by Justice Anthony Belsito, Orsted U.S. Offshore Wind and Eversource Energy, partners in the proposed 15-turbine installation to be constructed approximately 35 miles off Montauk, secured space at the Marine Science Center at Stony Brook Southampton from which stakeholders can participate in the negotiations by teleconference.

Last year, Deepwater Wind South Fork LLC, the entity under which Orsted U.S. Offshore Wind and its partner, Eversource Energy, plan to construct and operate the wind farm, applied to the commission for a certificate of environmental compatibility and public need, required to install the wind farm's export cable in state waters and underground to a Long Island Power Authority substation in East Hampton.

Negotiations to settle outstanding issues regarding the certificate are to begin on Tuesday at noon at the Department of Public Service's offices at 3 Empire Plaza in Albany.

Leonard Singer, counsel to the developers, sent an email to stakeholders on Wednesday detailing the teleconference opportunity. The Marine Science Center is at 16 Little Neck Road.

The ruling followed complaints registered on Sept. 27 by David Gruber, a candidate for East Hampton Town supervisor, and on Monday by Supervisor Peter Van Scoyoc, Assemblyman Fred Thiele, and State Senator Kenneth LaValle. All objected to the Albany location.

"All of the parties with the exception of the applicant are located on Long Island, the subject matter of the proceeding is on Long Island, and the applicant has no ties or nexus to Albany," Mr. Gruber wrote to Kathleen Burgess, secretary to the commission. "This seems designed intentionally to frustrate participation."

A statement issued jointly by Mr. Van Scoyoc, Mr. Thiele, and Mr. LaValle also noted the meeting's distance from the South Fork, and called instead for the proceedings to be held in East Hampton. The proposed wind farm is "the source of much conflict and controversy" in East Hampton and across the East End, they wrote. Holding negotiations more than 250 miles from the community most affected by the proposed project "may be convenient for the Public Service Commission and the attorneys and lobbyists for the applicant," the officials wrote, but "it is a hardship for locally based parties to this proceeding who wish to personally attend this meeting. We respectfully request that all proceedings, including settlement meetings, be held in the Town of East Hampton where the project is to be located and where public interest and potential impacts are the greatest."

Commercial fishermen on the South Fork are almost uniformly opposed to the wind farm. Many residents of Wainscott are also opposed to the developers' plan to land the export cable at the ocean beach at the end of Beach Lane in that hamlet. Both groups have agitated to stop the project from receiving required federal, state, and local permits needed for its construction and operation.