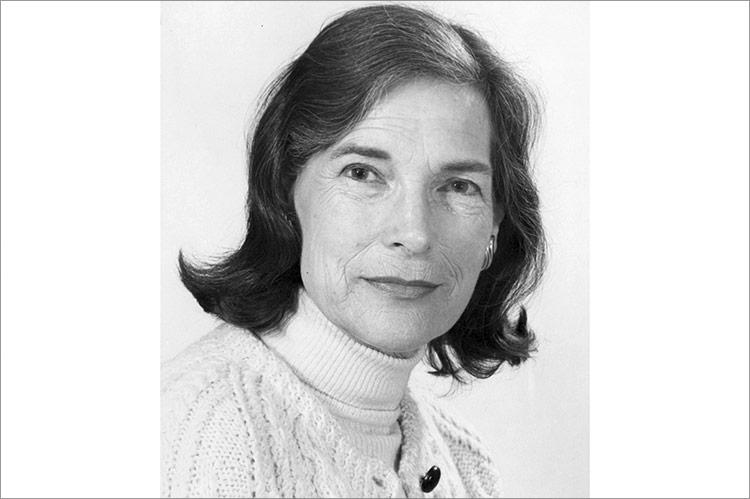 Barbara Bolton Dello Joio died on Sept. 24 at Stony Brook-Eastern Long Island Hospital in Greenport after a brief illness, with her two children holding her hands. Always playful, Ms. Dello Joio referred to herself as a member of the 1925 Birthday Club at Peconic Landing, the retirement community in Greenport. She would have been 94 years old on Dec. 10.

She began her acting career in the early ’50s, the so-called Golden Age of Television, appearing with Jack Lemmon in “The Wisdom Tooth” for Studio One, and in numerous ingenue roles with Tony Randall and Leslie Nielsen on Playhouse 90, “The Defenders,” “Philco Playhouse,” “Hallmark Hall of Fame,” and many other shows. A lifelong member of both the Screen Actors Guild and Actors’ Equity Association, she had studied acting with Sanford Meisner at the Neighborhood Playhouse in Manhattan.

Ms. Dello Joio was a longtime resident of the East End. She first summered in Amagansett in the mid-1950s, when she was married to Robert E. Costello, an independent television production consultant in New York. They divorced in the ’60s.

She became a full-time resident of East Hampton with her second husband, the composer Norman Dello Joio. She frequently acted in and directed productions at Guild Hall, and was an active member of the Ladies Village Improvement Society, spending many hours volunteering for its Bargain Book Store.

She had fond professional memories of the time she lived in Boston when Mr. Dello Joio was dean of Boston University’s School of Fine Arts. There she returned to her first love, the theater, and created the role of “Mother” in two Jean Shepherd television productions for PBS Boston and WNET. As a member of the Massachusetts Center Repertory Company, she starred as Mary Tyrone in O’Neill’s “Long Day’s Journey Into Night.” Later, she performed the roles of Dolly Scupp and Nurse Benson in “Bad Habits” at the Piccadilly Theater Company in London, and delivered what was hailed as an extraordinary performance as Lady Macbeth in completion of her master’s thesis at Brandeis University’s Springold Theater.

Ms. Dello Joio was born on Dec. 10, 1925, in Sioux City, Iowa, to Helen Davidson and Thomas Cornish Bolton. She came east to attend the Baldwin School for Girls in Bryn Mawr, Pa., where she headed the drama club. She knew she wanted to be an actor from the start, and went on to graduate from Sarah Lawrence College with a Bachelor of Arts degree.

In 2008, after Mr. Dello Joio’s death, she moved to a cottage at Peconic Landing. She is survived by her children, Katie Bar-Tur of Orient and New York City, and Ned Costello of Old Lyme, Conn., five grandchildren, three great-grandchildren, and five stepchildren. A brother, Thomas Cornish Bolton II, died about 15 years ago.

Burial was planned at Cedar Lawn Cemetery in East Hampton, next to Mr. Dello Joio. The family plans a small memorial in the future.