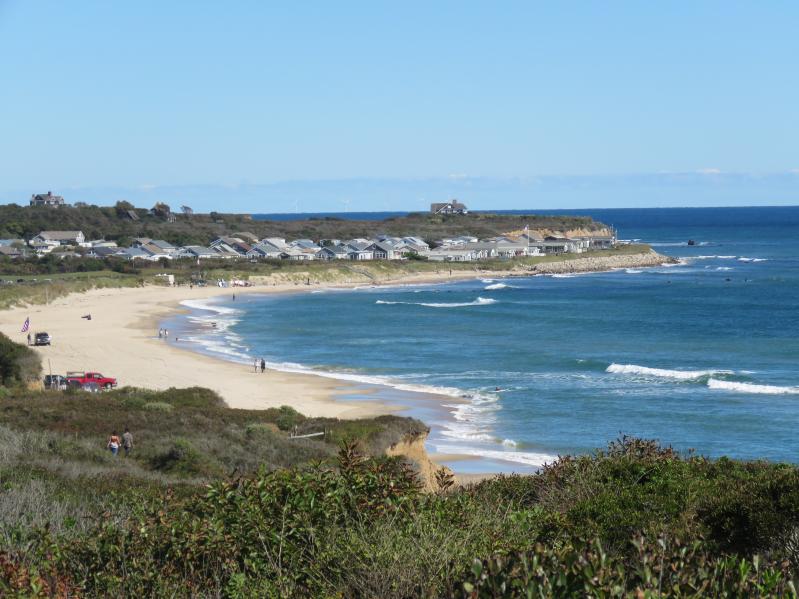 In a move that could set a precedent allowing the owners of condominiums to expand their units, and over the objection of East Hampton Town Supervisor Peter Van Scoyoc, Suffolk County has paved the way for a unit at the Montauk Shores condominium complex to be replaced with a larger one.

Following a June 20, 2019, hearing, the county’s Division of Environmental Quality’s Board of Review determined that because the unit will be replaced with one of the same “flow-rate classification” as the existing one, it will not impact the complex’s septic flow. The existing 720-square-foot unit, dating to 1977, will be replaced by a new 985-square-foot unit. Both fall into the “600 to 1,200 square feet” category, so the difference is size is not a factor.

Clarifying its decision, the review board cited a 1981 county variance that allowed the creation of the complex’s 206 condo units, provided all were connected to a “common sewage disposal system.”

East Hampton Town Supervisor Peter Van Scoyoc wrote to the Board of Review in July of this year to oppose any variances that would allow for homeowners at Montauk Shores to expand their units based on the town’s claim that the community’s septic system was already being overtaxed. “The town will not issue building permits . . . until the entire complex has a sewage treatment system approved and installed,” Mr. Van Scoyoc wrote.

However, according to the Board of Review, a design professional representing unit 204 has submitted a report “indicating the overall conditions of the sanitary system components are acceptable, and that the system is functional.”

A separate application by Montauk Shores to upgrade the septic system is making its way through the county approval process.

James Greenbaum, a Montana attorney who has represented Montauk Shores for two decades, called the review board’s determination “a huge win” for the condominium complex.

“This is a precedent,” said Mr. Greenbaum, who grew up in Montauk. “It’s clear that anyone who had a unit built and installed prior to 1981 would be entitled to remove and replace their unit, as long as they stay within the same size classification. That’s very clear. There’s nothing the town can do to stop it.”

He said the homeowners now seeking to expand at Montauk Shores — there’re more than one — were told by the town that they’d need a County Health Department variance to proceed, but this determination now puts approvals back in the town’s hands for building permits.

“The review board said you don’t even need a variance, you can replace your unit as of right,” Mr. Greenbaum said. “The flow rates were established by a variance back in 1981, and regardless, you’re still within your approved flow rate.”

Philip Andriola, the vice president of the board of managers for the Montauk Shores Condominium Association, said the planned new septic system upgrades would allow for homeowners to bump their units up to a larger classification.

“In June our plans went in, and our engineer and [Department of Health Services] have been exchanging commentary and further revisions,” Mr. Andriola said yesterday. “Until the septic system is in place, expansion from one classification to another is limited. . . . We want this to move as fast as possible. We’re ready to go — it’s just a matter of going through the red tape when you’re filing for a project this large, and I mean this in a positive way.”

Mr. Van Scoyoc could not be reached for comment by press time this week.