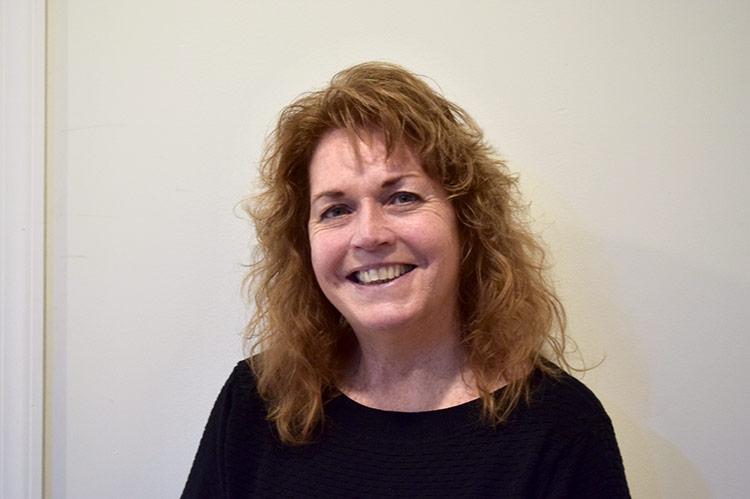 Though she is unaffiliated with a political party, Betsy Bambrick’s campaign for a seat on the East Hampton Town Board has the backing of multiple parties including the EH Fusion Party.
Christopher Walsh
By Christopher Walsh

If she is elected to the East Hampton Town Board, Elizabeth Bambrick said last week, it will be “because people want me to change things.”

Ms. Bambrick, who is known as Betsy, is an EH Fusion party candidate who will appear on the Independence, Libertarian, and Conservative Party lines on the Nov. 5 ballot. She spoke with members of The Star’s editorial staff at the senior citizens housing complex at St. Michael’s Lutheran Church in Amagansett, where she works as a tenant advocate and social services coordinator.

She spoke warmly of her insistence on humane animal care and control as a former head of the town’s Animal Control Department. “How we take care of animals says a lot about us as a community,” she said. As a councilwoman, she said she would be eager to serve as a liaison to the town’s Division of Public Safety and Montauk Citizens Advisory Committee, and to work on issues related to senior citizens services and town employees.

But Ms. Bambrick, who came to East Hampton at 16 from her native Nassau County, was also direct, portraying a town government she says is poorly managed and fosters a hostile work environment rife with bullying, discrimination, and harassment.

The daughter of a New York City homicide detective, Ms. Bambrick arrived in East Hampton in 1977 when her family bought a house in the Clearwater neighborhood of Springs. “I was thrown into the sticks,” said Ms. Bambrick, who had graduated early from high school, “with no driver’s license.” The community, and especially Montauk, was welcoming, she said.

Her long career with the town began in 1989, when Supervisor Tony Bullock’s administration hired her to supervise animal control. “I was the complaint department, from dogs to everything in the code,” she said. “I’m used to being complained to.” But she “wanted accountability for people abandoning dogs at landfills” and mistreating animals in other ways. “They agreed, if I was going to be hired, it was going to be as a law enforcer.” She assisted the town attorney in drafting laws holding accountable “those who would treat voiceless, innocent animals with cruelty and neglect,” according to the biographical information she provided to the East Hampton Group for Good Government.

“There have been signs for some time of discord within the town’s Public Safety Division, which oversees the Ordinance Enforcement Department, and in that department itself,” The Star wrote at the time. The report referred to allegations, by employees who wished to remain anonymous for fear of retribution, of “a hostile work environment in the division, which is headed by David Betts.”

In addition to the animal control unit, the Public Safety Division presides over the Ordinance Enforcement Department, the Building Department, and the Fire Safety Department; its officers report to the director. Ms. Bambrick criticized that hierarchy, and spoke repeatedly of town employees who “feel ignored, who feel if they say anything they will be retaliated against.” Every day, she said, “someone talks to me” about the atmosphere she described. “If any department needs an overhaul,” she said, “it’s Public Safety.”

The Building Department, she said, should not be under the purview of the Public Safety Division, pointing to a controversial chapter in its recent history. “Look at Duryea’s,” the Montauk seafood business that was bought by a billionaire investor in 2014 who is now engaged in multiple lawsuits against the town, after the town’s then-attorney signed a settlement agreement allowing an expansion of use and legalization of multiple code violations. “The chief building inspector felt compelled to give a certificate of occupancy to a property that should not have gotten one, as it stood on that day,” she said. “That kind of pressure should not exist.”

As a town employee, she said, she was “directed to target certain businesses, and I would not agree to. I also believe management now allows for and encourages a hostile work environment — gender and age discrimination, harassment, bullying.” The upshot, she charged, is “they’re unable to retain staff. They get good people in, and then they leave.”

Ms. Bambrick raised a number of instances that she said demonstrate poor management, including the plan to consolidate the town’s shellfish hatchery operations on a residential site on Three Mile Harbor in Springs, the Montauk hamlet study, PSEG Long Island’s now-abandoned plan to relocate an electrical substation to a site on Flamingo Road that drew condemnation from nearby residents, the proposed offshore wind farm, and deer management.

“This board does not listen when their constituents speak to them and complain, or when staff comes to complain,” she said. Board members, she said, “can’t say ‘We hear you, and we’ll tap the brakes on this.’ ” Apart from Councilman Jeff Bragman, she said, “If you have an opinion that differs from what their agenda might be, they do not graciously accept that criticism.” Citizens advisory committee meetings, she said, are misrepresented to the board by its liaisons to the committees. “I hear a completely false narrative,” she said.

At an Oct. 5 debate hosted by the Group for Good Government, Ms. Bambrick criticized the plan to relocate the hatchery and add an environmental education center and meeting space to the site, which some neighbors strongly oppose, for having “morphed into this enormous project . . . in a residential area, without any review, because we’ve exempted ourselves from going through any environmental review.”

While she supports moving the hatchery to Gann Road, she said that the education center should be stricken from the plan. “It’s going to impact the neighborhood in a very negative way,” she said at the debate, adding last week that “It doesn’t make us a good neighbor when we thumb our nose at everyone. . . . People in the neighborhood were on board with a modest shellfish hatchery. They’re not on board with circumventing zoning, being horrible neighbors, cutting off and restricting use for all neighbors and those who use that dock and parking lot.”

She was also disparaging of the town board’s handling of the Montauk hamlet study, in particular the recommendation that oceanfront hotels and businesses be relocated in a managed retreat from the coastline. “How do you not have the business community at the table when they are talking about lifting up downtown and moving it?” she asked. “If you are serious about making hotels move, there has to be a lot more study on financial impacts.”

Residents of the easternmost hamlet, she added, “weren’t listened to with the Flamingo substation issue. They’re not being listened to on charging stations in the parking lot,” as the electric vehicle manufacturer Tesla has proposed for a downtown municipal lot.

“I’m definitely the underdog as unaffiliated,” Ms. Bambrick said of her first run for elected office. Though she has been asked to join. “It’s not like I haven’t been asked to join the Democratic Committee and the Republican Committee. I think people recognize my talents, my integrity, my thinking on a lot of these issues. But I don’t like that one-party bullying.”