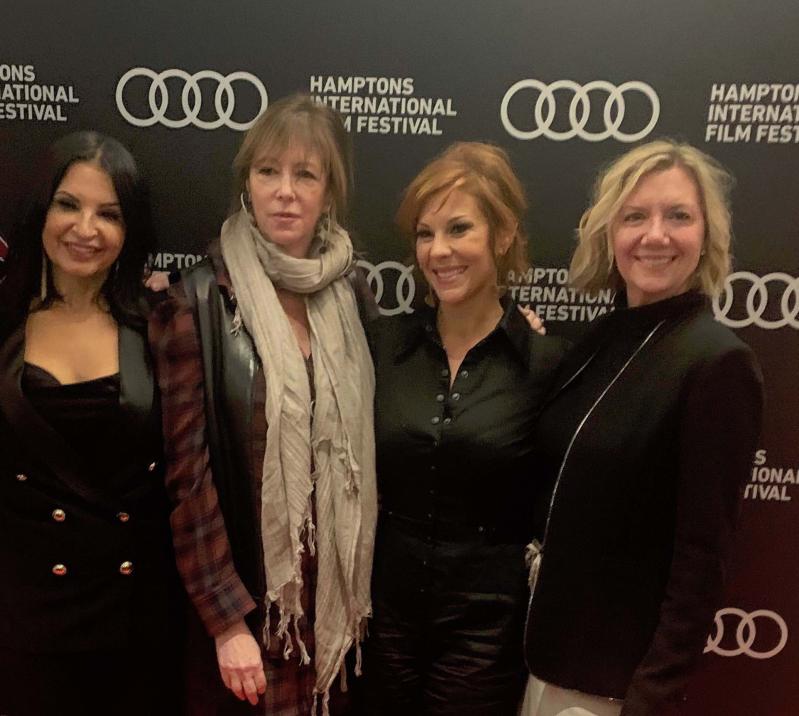 Those who saw Martin Scorsese's epic "The Irishman" this weekend (or who plan to see it Monday at its last showing at 2:15 p.m. at the East Hampton Cinema) may have been disappointed in the lack of any post-screening discussions, but there were reasons for that.

At the first screening, as the festival's Friday Centerpiece, David Nugent, HIFF's artistic director, noted that at three-and-a-half hours, "The movie is a little on the long side. So we decided to do a brief introduction rather than come back afterwards for a 'Q and A,' lest your bladders not allow for that."

In addition, the film is being screened as part of the London Film Festival, which is also occurring this weekend. Immediately following their remarks, Jane Rosenthal, the producer, and two of the actresses in the film, Katherine Narducci and Stephanie Kurtzuba, were off to the airport, en route London to participate in events there.

During their introduction, Ms. Rosenthal said "We started on this journey in 2007." Along the way, the source material and story changed and then there were issues of financing. Although the process was long, she noted that the developments in technology that allowed the actors to strip years off of their faces to play their roles over a multi-decade period were key to the epic storytelling in the film.

Ms. Rosenthal continued the comedic thread, offering a two word answer to Mr. Nugent's question of how they achieved Joe Pesci's involvement in the film: "we asked." There was a pause and then she then added, "When you have De Niro on your side and he decides to ask, you get Joe Pesci."

Although tickets are no longer available for Monday's screening, the Rush line could be a good bet, since the weekend crowds will have thinned by then.