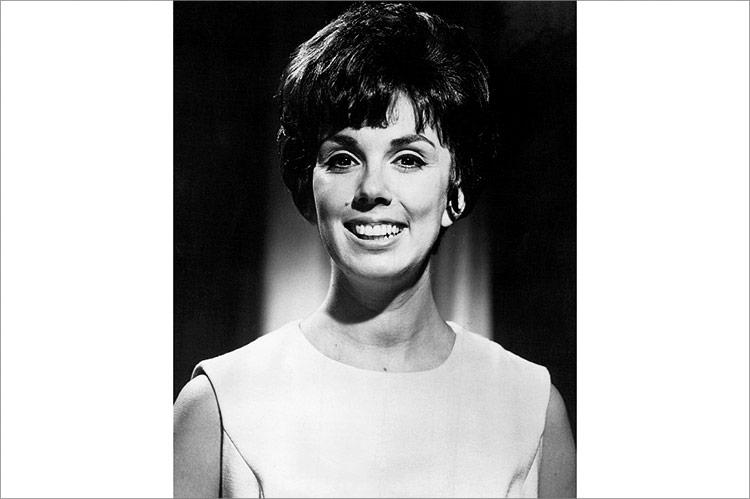 Phyllis Newman, a Tony Award-winning actress and founder of the Women’s Health Initiative of the Actors Fund, died of primary pulmonary hypertension at her Manhattan home on Sept. 15. She was 86 and had been ill for more than a decade.

Early in her acting career she was Judy Holliday’s understudy for four years in “Bells Are Ringing,” a show with book and lyrics by Betty Comden and Adolph Green that opened on Broadway in 1956. She and Mr. Green were married in 1960 and remained together until his death in 2002. Their marriage was one of the most durable in theater history, comparable to that of their good friends Anne Jackson and Eli Wallach.

Comden and Green also wrote “Subways Are for Sleeping,” for which Ms. Newman won the Tony Award in 1962 for best featured actress in a musical, beating out Barbra Streisand. Her costume consisted of a bath towel and black gloves.

Ms. Newman and her husband bought their first East Hampton house, on Georgica Road, in 1965. On Aug. 21, 1969, The Star ran a front-page photo of the wedding of a relative, which took place on their “polo-field-sized” lawn.

The ceremony was about to begin when the entire house burst into flames. The caterers had brought a gas tank into the kitchen — “against the law,” said her daughter, Amanda Green — and it exploded. All that was left of the Tudor-style house was its shell. They rebuilt it soon after and spent many more summers there.

Ms. Newman often performed at the John Drew Theater to benefit Guild Hall, especially during the 1980s. One such performance starred Comden and Green in a revue of their own songs and Ms. Newman in “The Madwoman of Central Park West,” a one-woman show that she co-wrote with Arthur Laurents. Tickets, sold only to Guild Hall members, were gone months before the event.

She also did several shows at Bay Street Theater in Sag Harbor, most notably “Make Someone Happy,” a songbook biography she co-authored, directed, and starred in, about Comden and Green’s long-running Broadway partnership. “I’ve always wanted to do this because I love my husband’s work with Betty,” she said at the time. The show opened Bay Street’s summer season in May 1997.

She also lent her talents to numerous small events here, held at private houses, to benefit various New York charities. She was a sponsor of the Young Hampton Players, a Hampton Day School summer program. “The Hamptons were her happiest place in the world,” her daughter said.

Ms. Newman was born in Jersey City on March 19, 1933, to Arthur Newman and the former Rachel Gottlieb. Her mother was a fortune-teller, and her father was a handwriting analyzer and hypnotist. Both plied their trades on the boardwalk in Atlantic City.

In addition to her theater work, which earned her a second Tony nomination for her role as Aunt Blanche in Neil Simon’s “Broadway Bound,” she also appeared on TV game and talk shows and served as a guest host on “The Tonight Show.” She was the first recipient of the Isabelle Stevenson Tony Award for her work on behalf of women’s health.