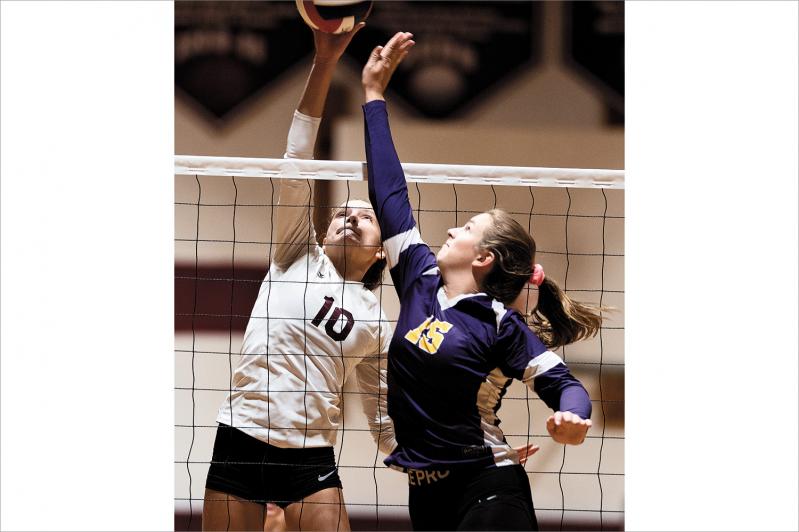 Aside from an upset in boys volleyball, the homecoming week just past was by and large a pleasing one sports-wise in Bonac.

East Hampton High’s girls swimming team improved to 2-0 in League III owing to an 86-71 win here over West Babylon Friday, the girls volleyball team looked sharp in bageling Sayville 3-0 that day, girls tennis improved its record to 5-3 with a 6-1 win last Thursday over Eastport-South Manor, the boys soccer team that day played to a 1-1 tie with Islip, and the cross-country teams, also last Thursday, performed well in an invitational meet at the high school, the girls taking the top four places in their race and the boys finishing a close second to Southampton in theirs.

East Hampton’s field hockey opponent in Saturday’s homecoming game, played under the lights, was Miller Place, a formidable foe, which wound up a 4-0 winner, though Nicole Ficeto, Bonac’s coach, said her charges played hard throughout, much tougher than they had in a 4-0 loss to Rocky Point here on Oct. 2.

“Our goal for the remainder of the season,” Ficeto said, “is to transition out of the backfield as a unit to strengthen our attacks.” The Bonackers were to have played at Pierson in Sag Harbor Monday. The last time out, East Hampton defeated the Whalers 1-0 thanks to a goal by Maya Feit.

Ava Engstrom, in 16 minutes and 12 seconds, won the girls 2.5-mile cross-country race at the high school, with Dylan Cashin, an eighth grader, second in 16:24, followed by Ryleigh O’Donnell in 16:50, and Emma Hren in 17:45. Summer Klarman was East Hampton’s fifth scorer in 20:36. Bella Tarbet, who usually is East Hampton’s second runner, was on her way back from an international lifesaving tournament in South Africa.

Craig Brierley, the swimming coach, said in an emailed account of the meet with West Babylon that that team “was able to take first in the 200 free, though our girls won every other event.”

Swimming county-qualifying times that day were Catalina Badilla in the 100 butterfly, Jane Brierley in the 100 freestyle, and Kiara Bailey-Williams in the 100 backstroke.

Among East Hampton’s winners, aside from its relay teams, were: Nicole Gutierrez in the 200 individual medley, Darcy McFarland in the 50 free, Caroline Brown in the 500 free, and Julia Brierley in the 100 backstroke.

Turning to volleyball, the boys team was rendered a bit out of sync owing to the absence of the team’s starting libero, Tucker Genovesi, who was at a baseball recruiting camp. Ward Melville, which was below East Hampton in the division standings, wound up a 3-1 winner.

The girls, in contrast, were very much in sync in their 3-0 shutout of Sayville, whether it was serving, hitting, or digging. As of this week, Mikela Junemann leads in kills, by a big margin, Molly Mamay, the setter, in assists, Hannah Hartsough and Zoe Leach are tied when it comes to digs, each with 122, and Junemann, Leach, and Mamay are up there in services aces, with 17 for Junemann, 16 for Leach, and 15 for Mamay.

East Hampton’s boys soccer team possessed the ball for much of its homecoming game with Islip, though Islip scored first, off a corner kick near the end of the first half. Christopher Pintado, assisted by David Alaya, tied it up midway through the second half.

“Our time will come — we’ve got the talent, we just need some more fire when we’re within range,” Don McGovern, the boys coach, said afterward, adding that East Hampton’s junior varsity, coached by Mike Vitulli, was undefeated thus far.