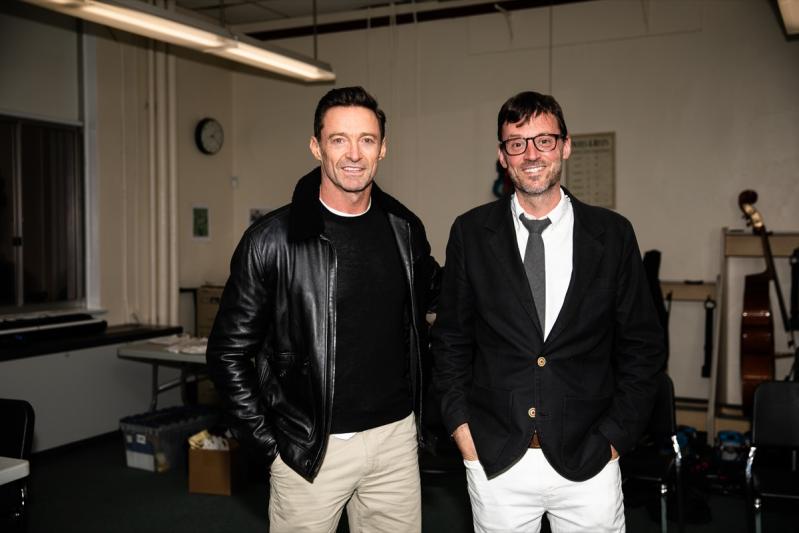 Hugh Jackman made an unannounced appearance, with David Nugent, at Sunday's screening of his new film "The Son" at the East Hampton Middle School.
Jess Dalene/Courtesy HamptonsFilm
By Jennifer Landes

The Hamptons International Film Festival showed it still had the ability to surprise its guests on Sunday when Hugh Jackman made an unannounced appearance at the screening of his new film, Florian Zeller's "The Son." After the film, he sat down for a chat with David Nugent, the festival's artistic director.

The rest of the weekend brought more screenings and parties with the 30th Anniversary Party on Saturday at the Southampton home of the current chairman Randy Mastro, the Chairman's Reception on Sunday at the home of the former chairman Stuart Suna, and the Nat Geo Reception on Monday. Other film screenings included "Call Jane," "Rosaline," "The Banshees of Inisherin," "Devotion," and many more. Martin McDonagh, the director of "Banshees" participated in a discussion of his career with Eric Kohn in Sag Harbor and then came to East Hampton for a screening of his film. And on Monday, Chelsea Clinton and Donna Karan discussed Ms. Clinton's new series "Gutsy" at the East Hampton Middle School.

The festival continues with screenings today through Sunday.