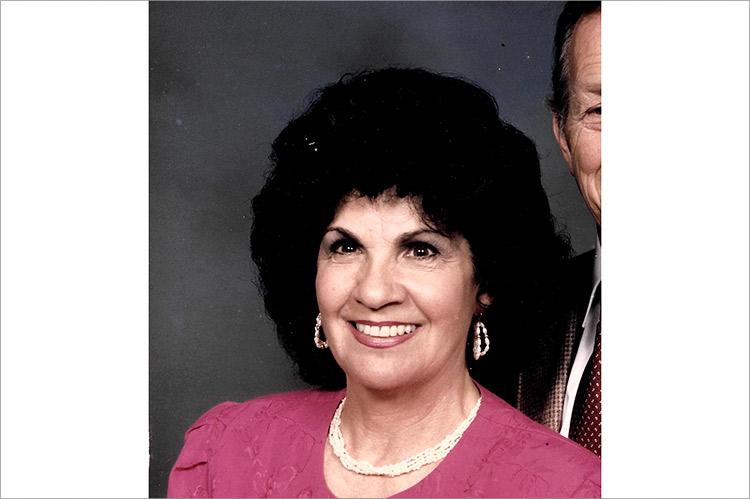 Carmela Winslow, a resident of Amagansett since 1955, died at home on May 21, surrounded by family. She had had heart problems, but was seriously ill for only two months, they said. She was 92.

Born in Manhattan on Aug. 13, 1929, to Anthony and Carmela Catania Savoia, she was one of eight children. There were three brothers, Humberto, Joseph, and Anthony, and five sisters, Anna, Leatrice, Johanna, Marjorie, and Carmela herself, who was the last sibling to survive.

The family moved to Port Jefferson, where she attended Infant Jesus Catholic School. She worked at the Lace Mill there. Later they settled in Terryville, in the town of Brookhaven.

Mrs. Winslow and her husband, Leland N. Winslow, met at a club in Westhampton Beach while he was home on leave from the Army. They were married on Sept. 5, 1954. He had grown up in Amagansett from the age of 6, and the couple settled in the family home on Hand Lane, built by his father and grandfather in 1922 when “there were no houses between there and the ocean,” relatives said. They lived there for the rest of their lives. Mr. Winslow, a painting contractor, predeceased his wife by only three months, on March 11.

Both were longtime members of the Amagansett Presbyterian Church. Mrs. Winslow volunteered at the church’s annual fair for 25 years or more; her five grandchildren and four great-grandchildren all remember her working the “post office” there. It was one of the most popular games at the fair.

Her cheesecake and fudge, as well as “many delicious pasta dishes,” said the family, were much anticipated and greatly enjoyed. Mr. Winslow, in a biography of his wife that he wrote for the family ancestry book, said that the family was her treasure, and that she loved large family dinners and get-togethers. She leaves three children, Leland W. Winslow of Amagansett, Wendy Winslow Dundon of Gloucester, Mass., and Suzanne Winslow-Foster of Sebastian, Fla.

The Winslows made regular trips to the Catskills every year, where they had many friends. They were accomplished country dancers, dancing many the night away at the Mountain Brauhaus in Leeds, the family wrote. They looked forward especially to Friday nights at the Bavarian Manor in Purling.

The family is planning a memorial service to celebrate both their lives. It will be held later this summer.