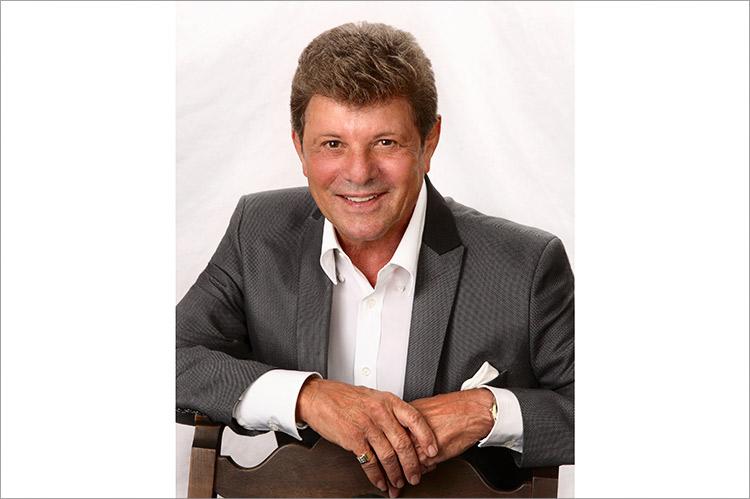 I would not normally have gone to see Frankie Avalon at the Suffolk Theater in Riverhead. When I heard he was coming there, my first reaction was, “Is he still singing?” And then I thought, “His songs are kinda sappy, from that goody-two-shoes era, and my generation was the Beatles and the Stones.” Would I remember any of these tunes?

But while watching the horrors of the world news on the internet and TV, over and over again, something inside me started to yearn for that simple, fun-in-the-sun, boy-meets-girl kind of romantic life that he represented when he started singing in the 1950s as a teen idol. I was a child of the 1950s, growing up in a peaceful world in Montauk, under President Dwight Eisenhower, watching “The Donna Reed Show,” “Father Knows Best,” and “Leave It to Beaver.” The world as I knew it was a happy and carefree place.

Later, I came home from high school and watched “American Bandstand,” on which I first heard the songs of Frankie Avalon.

When my two baby boomer friends came out to Riverhead for the weekend, I found myself suggesting we go see the show, which happened to be that night. Since the theater holds about 600 people, I was surprised to learn there were only a few seats left. “Can everyone still be into these singers from over 60 years ago?” I thought. Especially when I found out that Frankie is 81 years old and still doing beach songs.

“What is it about Frankie Avalon?” I asked when I saw the long lines. “Or are there just lots of us ‘old’ people in Riverhead?”

But there were people from all over Long Island. I ran into friends from East Hampton, Southampton, and even as far as Montauk.

“I’m so excited to see him, we just had to come,” said Jackie Worth, a friend of mine from Sag Harbor.

The lights dimmed, and when Frankie strolled onstage to roaring applause, I couldn’t believe it. He looked 50! Sharp white jacket, thick dark hair, tan and youthful, with a beaming smile and contagious energy. He grabbed the microphone and opened with “Venus in Blue Jeans,” his number-one hit from 1959. He still had the same wonderful voice, filled with passion and romance.

“What happened to romance?” I thought to myself. Unfortunately, the last couple of years have been dominated by fear, isolation, restriction, sadness, loneliness, and disconnection because of the pandemic, and now because of the atrocities of another war. It is easy to forget the peaceful and, yes, sappy romantic years of the 1950s and early 1960s. But on this night, I could actually feel my body relaxing into a happier state as the music enveloped me.

Then Frankie showed a huge backdrop video of his famous beach movies with Annette Funicello, like “Beach Party” (1963), “Bikini Beach” (1964), “Muscle Beach Party” (1964), and “Beach Blanket Bingo” (1965). The romantic life of surfing, sun, sand, suntan oil, hanging 10, and transistor radios. Not a care in the world. This was squeaky-clean fun and a bit corny, but in a good way.

“Were we ever this carefree and happy?” I was wondering in my older, wiser, and more cynical way. But yes, who could forget all those amazing summers at Ditch Plain Beach in Montauk? My youthful voice was trying to come out: “I was 19 once, and my whole life consisted of idolizing surfers, sleeping all day on the beach, waitressing at night, and partying till the wee hours, only to sneak in before my parents woke up.”

I started to feel alive and happier. And nostalgic. “Where are the old days, when everyone got along and life was fun?” Frankie paid tribute to his late friend Ricky Nelson, another teen idol I adored. Part of the perfect TV family of Ozzie and Harriet. I wanted to live in that world.

But when Frankie started singing his love songs, the old feelings really started to sink in. Today, more than ever, we need those love songs. He showed pictures on the big screen of his beloved wife of 59 years, Kathryn, and their eight children — four boys and four girls. It struck me how couples of his generation of the 1950s seemed to stay together longer, and his era was so much more romantic than mine of the 1970s, the sex, drugs, and rock ‘n’ roll era. Yes, we still have love songs from those years and today, but there was just something about those oldies, like his other number-one hit, “Why,” and “DeDe Dinah,” “Togetherness,” “A Perfect Love,” and “Just Ask Your Heart.”

It reminds us that it’s more important than ever to find love in the world, love of our fellow man and of our families at home, through the ups and downs. Sitting in the Suffolk Theater, I was mesmerized by these sentimental songs, and transported to a long-gone golden era. I had finally found an escape from the strange world of today, and I almost hated to leave. But Frankie was saying how he is still touring the country with his fellow “golden boy” friends, Fabian and Bobby Rydell, which gave me a warm feeling.

As he ended the night with the song from “The Mickey Mouse Club,” he added, “Music is a feeling and a memory you never forget.”

Thanks for the memories, Frankie.

Debbie Tuma is a freelance writer who works at WLNG in Sag Harbor. She lives in Riverhead.