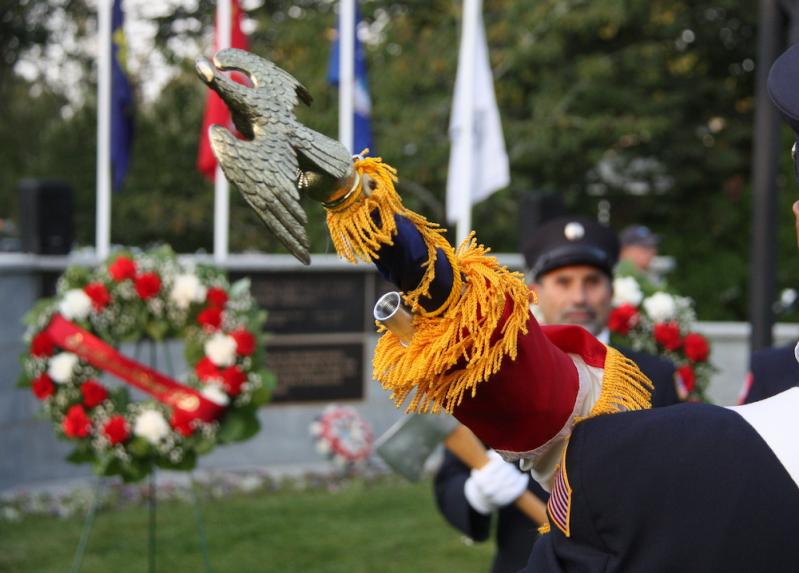 A 2017 event remembering the terrorist attacks of Sept. 11, 2001, and the people who lost their lives in them.
By Christine Sampson

The Southampton Fire Chiefs Association said it will sound the alarms six times between 8:46 and 10:28 a.m. to mark the tragic unfolding of events, including the striking of the two towers, their collapse, the attack on the Pentagon, and the crash of Flight 93.

"If you hear sirens, this is no cause of concern, as this is to commemorate this major event in our nation’s history. This will symbolize each department’s tribute to those we have lost . . . and those who continue to suffer due to the horrible acts of this day," the Southampton fire chiefs said in a statement. "Please join the Southampton Fire Chiefs in a moment of silence to remember and honor those lives who have been lost."