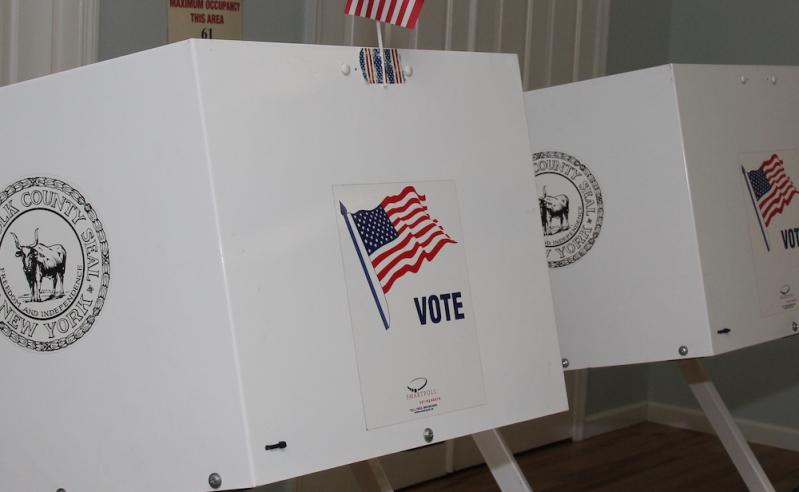 Democrats can cast primary ballots in person on Tuesday until 9 p.m., but they should check their polling places first, because usual polling locations may not be open this year due to the pandemic.
Durell Godfrey
By Carissa Katz

Democratic voters who did not vote in Tuesday's primary by absentee ballot or take advantage of early voting can vote in person until 9 p.m. Tuesday.

Polling places have been consolidated and many people will vote at spots different from their usual polling locations. For example, residents of some East Hampton election districts who would normally vote at the Emergency Services Building on Cedar Street are instead voting at Pierson High School in Sag Harbor, while residents of other districts who would normally vote at the high school are instead asked to do so at the Amagansett Firehouse.

Only registered Democrats can vote in the primary. On the ballot are candidates for the First Congressional District, New York State Senate, and United States president, as well as delegates to the Democratic Convention. Although Joseph Biden is the presumed nominee, many of the Democrats originally in the race remain on the primary ballot in New York.

Voters unsure of their polling place this year can look it up by entering their county, name, birth date, and ZIP code on the New York State Board of Elections website.

Absentee ballots must be postmarked by Tuesday, June 23, in order to be counted in the primary tally. Given the increased number of absentee voters this year, it is not expected that the winners will be known until all absentee ballots have been counted.