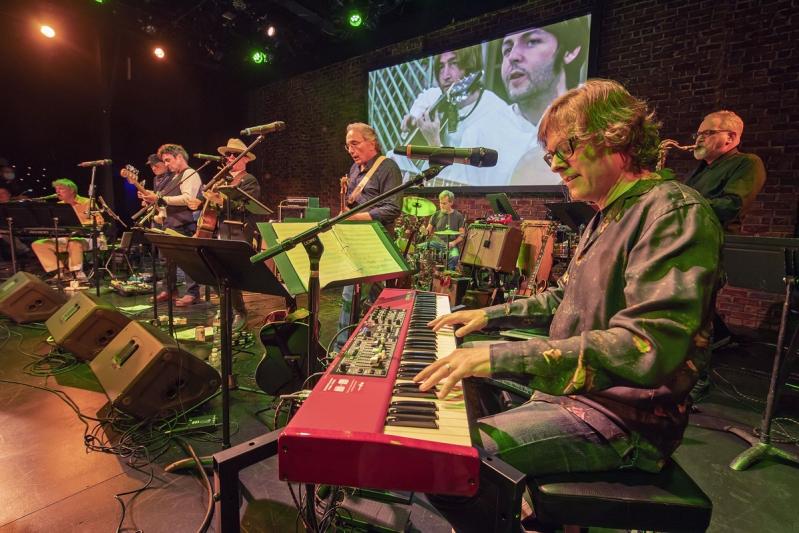 The Moondogs will perform a tribute concert for Paul McCartney on Saturday at Bay Street Theater, timed to the former Beatle's birthday.
Michael Heller
By Mark Segal

Baroque Concert
The Salon Series at the Parrish Art Museum in Water Mill will launch its spring season tomorrow at 6 p.m. with a concert by Pegasus: the Orchestra, a chamber ensemble of nine musicians of diverse backgrounds.

The group will perform two Baroque works: Antonio Vivaldi's Trio Sonata in D Major and Johann Sebastian Bach's "Brandenburg" Concerti No. 4 and No. 5. The featured soloists are Eiko Kano, a concertmaster and violinist, and Kaori Fujii, a flutist. Karen Hakobyan will conduct from the harpsichord. The ensemble also includes the violinists Edson Scheid, Stani Dimitrova, and William Hakim; the cellist Connor Kim, the contrabassist Milad Daniari, and the flutist Katie Althen.

Tickets are $30, $15 for members and students, and $5 for children. Upcoming concerts will feature Parker Ramsey, a harpist (Friday, May 6) and Ariel Horowitz, a violinist (May 13).

McCartney Tribute
In celebration of Paul McCartney's upcoming 80th birthday, the Moondogs will play a tribute concert to the former Beatle, "Paul McCartney: The Early Years" on Saturday at 8 p.m. at Bay Street Theater in Sag Harbor.

The band has been covering the music of the Beatles for decades, and its current incarnation first performed at Bay Street in 2014. The group consists of Fred Gilde and Dan Koontz, keyboards, Mick Hargreaves, Jeff Levitt, and Michael Schiano, guitars, Joe Lauro, bass, and Mark Pohl, drums. All the band members contribute as vocalists.