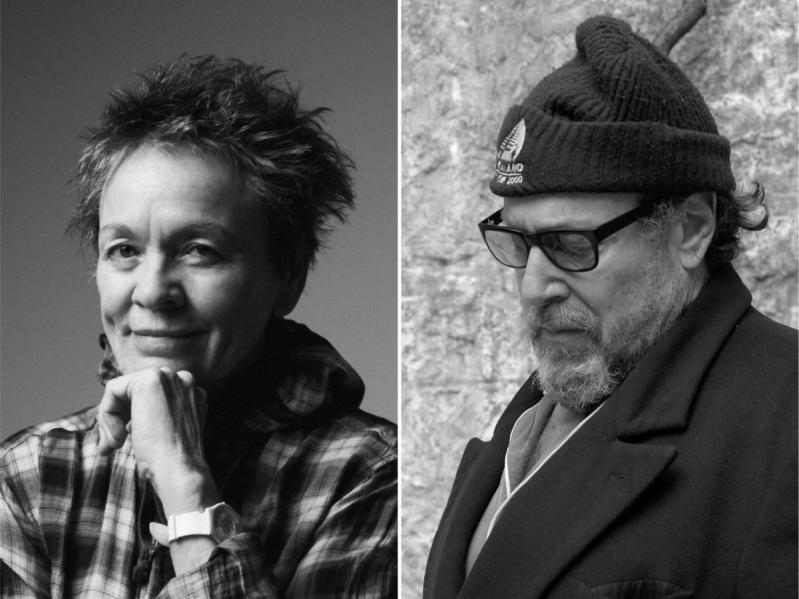 Guild Hall’s 90th Anniversary summer season is celebrating many of its Academy of the Arts Lifetime Achievement Award-winners, and the coming week is no exception, with a conversation between Laurie Anderson and Julian Schnabel set for Saturday evening at 8 and a night devoted to the wit and insights of the writer Tom Wolfe on Friday, July 23, also at 8.

Both Ms. Anderson and Mr. Schnabel have been groundbreaking artists for more than 40 years. Known for her multimedia presentations and inventive use of technology, she is a writer, director, visual artist, and vocalist whose body of work includes recordings, books, performance, paintings, and films. Her solo show at Guild Hall in 2018 included two virtual-reality experiences.

Mr. Schnabel established himself as one of the leading painters of his generation in the late 1970s through his use of unconventional materials, varied painting surfaces, and inventive modes of construction. Mr. Schnabel has also directed six films, including “The Diving Bell and the Butterfly,” for which he received an Oscar nomination for best director.

Tickets for the conversation are $150.

An innovator as well, Tom Wolfe achieved national recognition as one of the first “new journalists” who used literary techniques considered unconventional at the time. “The Electric Kool-Aid Acid Test,” his 1968 account of the experiences of Ken Kesey and his Merry Pranksters, is an often-cited example of the genre.

“A Night With the Wolfe,” which is directed by Jackson Gay, will include excerpts from his novels, short works, articles, and interviews read by the actors Joanne Feuer, Paul Hecht, Quinn Jackson, and Nate Janis. Tickets are $50.