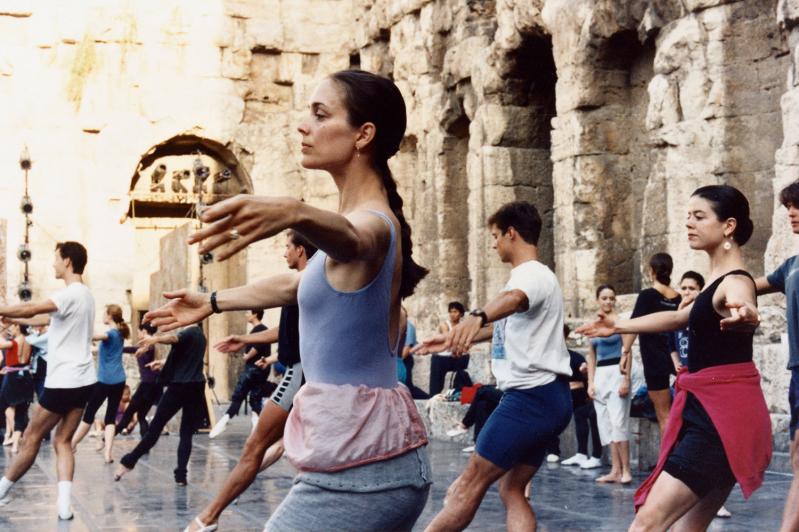 Frederick Wiseman, the documentary filmmaker whose career spans more than 50 years and more than 40 films, has been called "one of the most important and original filmmakers working today" by A.O. Scott and Manohla Dargis of The New York Times. Ever since "Titicut Follies" (1967), which focused on the patient-inmates of a Massachusetts hospital for the criminally insane, he has turned his camera on everything from Army basic training to La Comedie-Francaise to London’s National Gallery to the neighborhood of Jackson Heights, Queens.

The Sag Harbor Cinema will launch "Wednesdays With Wiseman," a virtual cinema series of three films by the incomparable director, on Oct. 21 with "Ballet" (1995), which focuses on the American Ballet Theatre. Each film will be preceded by a prerecorded conversation between Mr. Wiseman and another notable documentarian.

Elizabeth Chai Vasarhelyi, the Oscar-winning co-director of "Free Solo," will discuss "Ballet" with Mr. Wiseman. A conversation with Errol Morris, another Academy Award-winner, will precede the screening of "Sinai Field Mission" (1978), a film about the diplomats and technicians who operated the early warning system established after the 1973 Yom Kippur War between Egypt and Israel. It will be shown on Oct. 28.

"Hospital," a 1970 study of the emergency ward and outpatient clinics of a large urban hospital, will conclude the series on Nov 4. Rachel Grady and Heidi Ewing, co-directors of the Oscar-nominated documentary "Jesus Camp," will talk about "Hospital" with Mr. Wiseman.

"Wednesdays With Wiseman" will lead up to the Nov. 6 release in the Sag Harbor Cinema’s virtual cinema series of the director’s new film, "City Hall," which illuminates the inner workings of the government of Boston, his native city, and its progressive mayor, Martin Walsh.

The film, which was shown at the Toronto, Venice, and New York Film Festivals, is brilliant, according to Giulia D’Agnolo Vallan, the cinema’s artistic director. "When I saw it, I called Fred in Paris and said, ‘This is the antidote.’ He was laughing and said, ‘In my perverse mind I thought, why don’t I just do something about government that works?’ It’s very moving because it’s a movie basically about how a civic society functions."

The screening of "City Hall" will be accompanied by a conversation between Mr. Wiseman and Mayor Walsh. "Fred is wonderful," said Ms. Vallan, "and I will bring him to Sag Harbor."