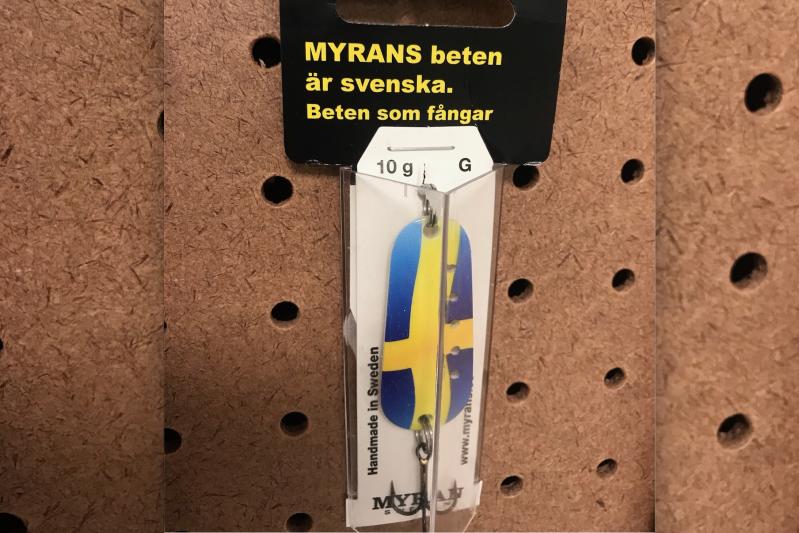 It was a few minutes before noon on an overcast Saturday as I opened the door to enter Sansui Shibuya. In business since 1902, the establishment is a fixture for fishing enthusiasts in Tokyo.

For a fishing junkie like me, the experience was like that of a chocoholic making a pilgrimage to the Willy Wonka factory with a lucky golden ticket in hand. You name the item, and they probably had it, along with a plethora of exotic fishing tackle and eye candy that has not yet, or may never, reach the United States.

By any measure, the Japanese are hardcore when it comes to fishing and their choice of rod, reels, lures, and all things tackle. I probably spent about two hours in the store that afternoon taking in the scene. I even went back the next day for another tour.

Before taking early retirement a few years ago, I was fortunate to have had the opportunity to travel extensively in my job. From Amsterdam to Kuala Lumpur to Beijing, and just about everywhere else in between, work always came first.

However, when time allowed, especially on weekends, I often tried to visit any nearby tackle shops or fish markets to better understand and appreciate the wares and tastes of the locals. I also enjoyed picking up fishing magazines to get a better sense of the aquatic game in town, as well as the techniques and baits utilized to catch the intended quarry.

When I worked and lived in London, I made it a practice to check out the Roman Tackle Shop on Roman Road, about a 30-minute walk from my flat in the central part of the city. The shop was minuscule in square footage, but it was chock-full from ceiling to floor with an assortment of tackle for the pursuit of everything from carp in local ponds to gurnards, the European cousin of our sea robin.

Like the people who own tackle shops around here, the staff at Roman was always helpful in addressing my endless questions, and I enjoyed listening to their humorous fish stories (some of which I questioned with a smile). They were proud to cite a list of celebrities who had entered their establishment, including the likes of David Beckham and Liam Neeson. However, I still have a hard time picturing Beckham baiting up to catch a sea robin.

A visit to Moscow was a bit of a different story. The lone tackle store I was able to track down on the internet was weirdly named the Italian Tackle Shop. Located not too far from the Kremlin, it was closed when I got there. However, in my journey, I did come upon several men fishing along the embankment of the Moscow River at the far south end of Red Square.

Peering into their buckets, I saw what appeared to be a few small perch. Using my rudimentary Russian language skills, I questioned them about how the fishing was. I did not get more than a mild shrug of the shoulders and mumbles that the fishing was slow. I found a nearby bench to sit on while taking in the scenery, and noticed a metal sign alongside the famous river that was emblazoned with a fish within a large red circle and slash. Accompanying the ominous sign were words to the effect that fishing was prohibited and that fish should not be eaten due to pollution concerns.

I'm not sure if Russia has its version of the Department of Environmental Conservation, but these guys dunking bait into the dark water were clearly oblivious to any of the warnings. I stayed clear of fish and ordered a bowl of borscht for dinner that night.

Closer to home, the fishing scene has begun to heat up, with striped bass, weakfish, and porgies, along with those sea robins, making their presence felt.

"Things are beginning to perk up," remarked Ken Morse at Tight Lines Tackle in Sag Harbor. "Porgies have begun over near Jessup's Neck and some nice weakfish are roaming around the same area." Morse added that a few bluefish are here, and that small striped bass are still loitering around the back coves.

"Bass are on the ocean beaches and along the bay side," said Harvey Bennett at the Tackle Shop in Amagansett. "Some bluefish are around and it seems there's a good number of squid that have shown up, too. The action in freshwater has also been excellent of late."

"Not many reports yet, but that'll change quick," said Sebastian Gorgone at Mrs. Sam's Bait and Tackle in East Hampton. He too heard that "porgies are up to the west near Jessup's, along with some pretty big weakfish. And larger stripers should be arriving soon."

Flatfish fans rejoiced as the season for fluke opened on Tuesday. Like last season, anglers are allowed to retain four fish over 19 inches per person per day.

Once again, anglers 16 years or younger can enter the Montauk Youth Fluke Tournament in the hope of being crowned the Duke of Fluke, as well as receiving some great prizes, including a custom-made rod from John Wanag at MTK Custom Rods and Repairs in East Hampton. For the second year in a row, Emily Bruno of Montauk came out on top last season with her 10.8-pound fish. My fingers are crossed that this year this sharpie will take me out to show me her secrets to success.

The $25 entry fee in cash or check can be mailed to Capt. Tim O'Rourke, who is once again coordinating the popular contest, at P.O. Box 2120, Montauk 11954. The Montauk Marine Basin is the official weigh-in station and Courtney behind the counter there can also accept some sign-ups.

Proceeds will once again go to the Tyler Project, which was established after the passing of Tyler Valcich several years ago in Montauk to increase awareness and improve the coordination and delivery of mental health services for students, young adults, and families on the East End. Over $5,500 was raised last year for this worthy cause and donations above and beyond the entry fee, made out to the Tyler Project, are also most welcome.