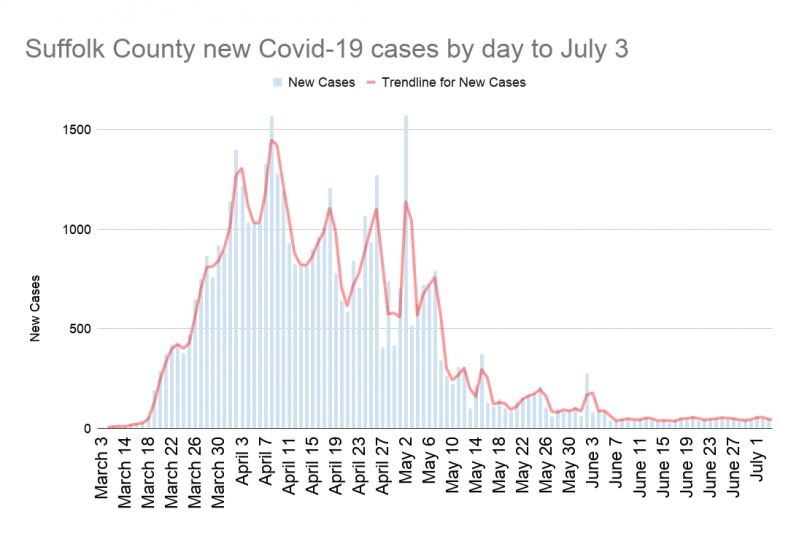 Tuesday and Wednesday had marked the first consecutive days since March that there were no deaths from Covid-19 in Suffolk County, but, in the preceding 24 hours, two more people died from the disease, Suffolk County Executive Steve Bellone said at his press briefing on Friday. The total number of fatalities was 1,983.

The low death rate in recent days is "another indication of the progress that we're making," said Mr. Bellone.

The number of positive cases in the county rose by 47, and hospitalizations increased by two. On a brighter note, the number of patients in intensive care units decreased by seven to just 20, and an additional eight people were discharged. By Saturday, there were 19 I.C.U. cases.

Dr. Gregson Pigott, commissioner of the County Health Department, said that, unlike in some areas of the country where a majority of new positive cases have been among younger people, the patients who have contracted the virus in the county are from a "broad spectrum of ages," but did include some 20-somethings.