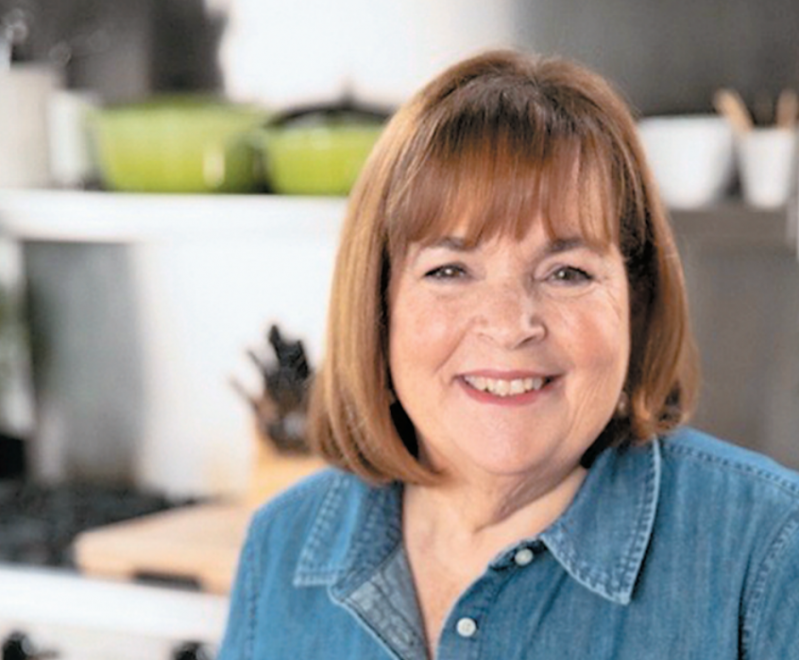 On March 15, one week before Gov. Andrew M. Cuomo instituted a statewide lockdown in response to the Covid-19 pandemic, Ina Garten of Barefoot Contessa fame was already looking out for the welfare of her two million-plus Instagram followers. “Hunkering down at home with Jeffrey and a few overnight Belgian waffles for dinner,” she wrote under a photo of a fluffy, syrup-soaked waffle topped with bananas. “Please take every precaution and stay safe!”

“I took it seriously from the very beginning,” said Ms. Garten on Friday. “I told my staff, we have to prepare and stock up because I thought it might last six months to a year. When I told them that, they thought I had lost it.”

As it turned out, she was prescient. She was even forward thinking enough to stockpile cleaning supplies that would soon be impossible to find at local supermarkets.

She and her husband, Jeffrey Garten, have been sequestered at their East Hampton house ever since. “It’s been two and half months of nobody out, nobody in,” she said. The most “emotionally devastating” part of quarantining, she said, is not being able to see friends.

The couple have taken drives to Montauk, Bridgehampton, and the Shelter Island ferry, “so that we don’t feel like we’re under house arrest,” and they’ve been watching classic movies. She’s been using Zoom to have meetings, take yoga classes, and catch up with people, but she’s not a big fan of connecting via screens. “I find that an old-fashioned phone call is much more satisfying,” she said.

Recently, she’s started having one or two friends over for get-togethers in the garden. Even Dr. Anthony Fauci, the director of the National Institute of Allergy and Infectious Diseases, has said you can’t expect people to quarantine forever, she noted, so “we’re choosing the things that are important to us, and doing them thoughtfully and carefully.” The widespread demonstrations against the killing of George Floyd by a Minneapolis police officer have been an example of that, she said.

When her friends visit, everyone remains at least six feet apart, and must take their own snacks. “The hard part for me is I can’t cook for people,” she said. After initially being an Instagram skeptic, Ms. Garten has been using the platform to share recipes that require only pantry staples. A video of her preparing a gargantuan pitcher of Cosmopolitans went viral, and received a “This is iconic,” comment from Katie Couric. “It became like this little town hall,” Ms. Garten said of her account. “I gained 600,000 followers.”

Although the production of her show has been shut down, Ms. Garten hassingle-handedly been filming short videos for the Food Network. “I’m doing hair, makeup,I’m the director, the producer,” she said. Viewers are getting a chance to see the real her, and watch a progression of “corona curls” overtake her hair.

In another sign of prescience, her next cookbook, which will be out on Oct. 6, is “Modern Comfort Food.” She had originally chosen to focus on comfort food, she said, because, “It’s coming out right before the election, and I thought people would be stressed. Little did I know that we’d have layers and layers of stress.” Even she is impressed at the perfect timing. “I kind of nailed it,” she said.