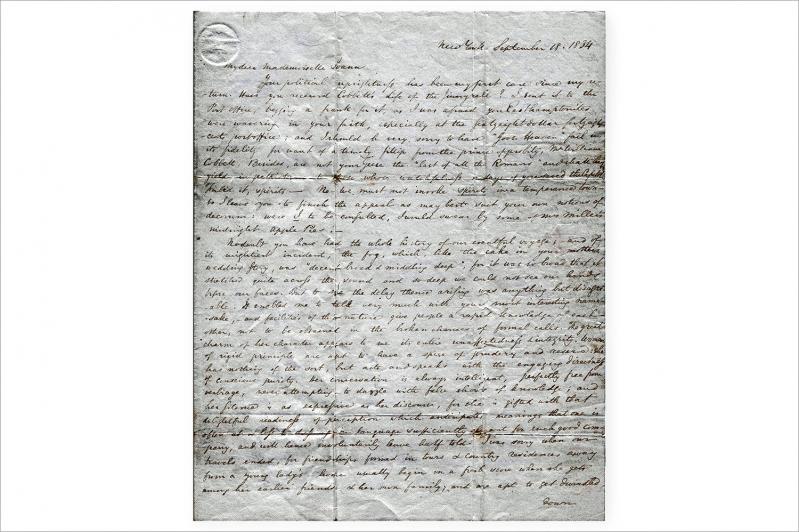 In 1955, a descendant, Col. Charles Miller Swezey (1888-1970), donated these two letters from Payne to Joann to the Long Island Collection. As reported in The East Hampton Star, the librarian who cataloged these letters at the time of their arrival felt “warmed” by the “sentiment and wit” Payne expressed in them.

The author of “Home, Sweet Home” wrote to Joann about how he missed East Hampton, saying, “I wish I were with you in your quiet seclusion, listening to the roar of the ocean or the scandal of the tea table.”

Payne developed a particular attachment to Joann’s younger sister, Rosalie, which developed into a playful courtship over 15 years. Rosalie Miller and John Howard Payne kept up with each other’s activities and experiences, often exchanging thoughts on interesting literature.

Payne asked Joann to share his reminiscences with many others in East Hampton, but he acknowledged to her that if he gave her a list of everyone he thought of and wished to be remembered by, it would “extend from Goose Pond to Pantigo.” Since the postage for that list would be too costly, he dismissed the sentiment, writing, “My nonsense should make your head heavy without lightening your pocket.”