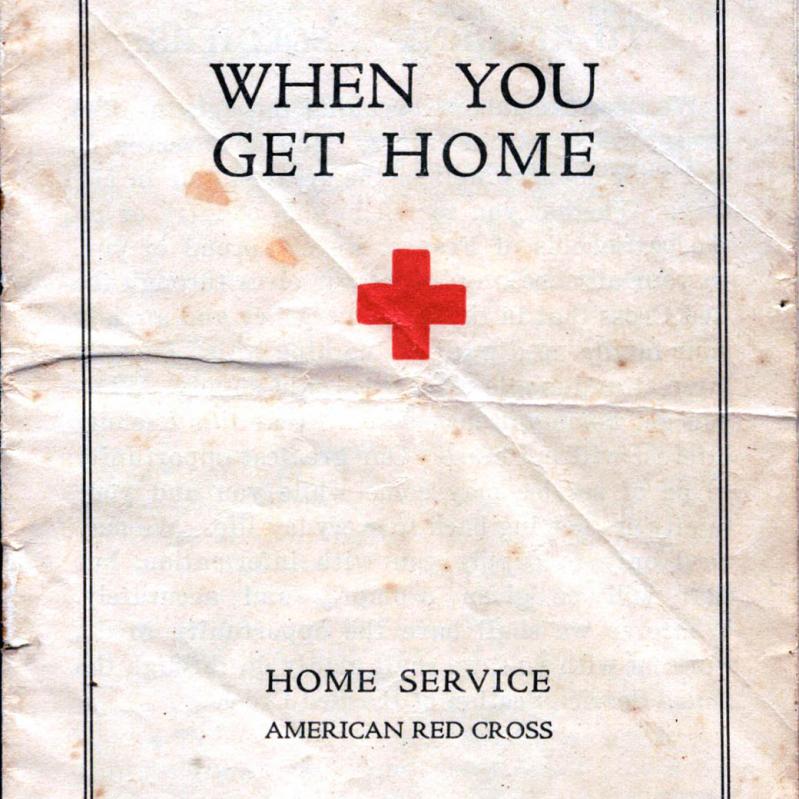 This week, Veterans Day honors the sacrifices of all veterans, and this leaflet from the Red Cross, titled "When You Get Home," captures many of the bureaucratic challenges and struggles experienced by our returning veterans, even today.

East Hampton's John Leo McGuirk (1893-1958) received this pamphlet when he returned from World War I. McGuirk served as a private with the Headquarters Company's 302nd Engineers, a unit of the 77th Division, which saw extensive action in France. The Engineers played key roles in the Argonne and were recognized for building bridges over the Meuse River overnight. These French campaigns were infamous for the heavy loss of life and extensive battle injuries experienced by the participants.

In the pamphlet, the Red Cross advised servicemen returning home to address bureaucratic matters regarding disability claims, insurance policies, and debts, directing them to their local Home Service Section of the Red Cross, rather than federal offices.

Disruptions to pay and mail left many veterans with debts at home and lapses in mortgage payments and taxes. The issue was widespread enough that Congress passed the Civil Relief Act of 1918, allowing military personnel facing foreclosures and repossessions a little more time after their discharge to appeal or pay. However, even that legislation didn't provide universal protections, as soldiers had to file to pursue these protections within 30 days to a year, depending on the protections.

For those with injuries, the Red Cross noted that the government designated between $30 and $100 dollars a month in benefits, approximately $507 to $1,690 in today's dollars, according to the Consumer Price Index. The Red Cross advised soldiers returning with a gold stripe or discharge for disability that they will receive "occupational training" for a new job to help them overcome their handicaps. The pamphlet promised soldiers receiving occupational training "at least $65 a month from all sources," which is about $1,098 today. It also noted that all soldiers who lost a limb would be outfitted with a prosthetic of the "most modern type" at the expense of the government.

Trees, Wreaths for Sale in Amagansett
Holiday Cheer Is Coming to Sag Harbor
Even More Thanksgiving Options From the Pike and Old Stove
END_OF_DOCUMENT_TOKEN_TO_BE_REPLACED