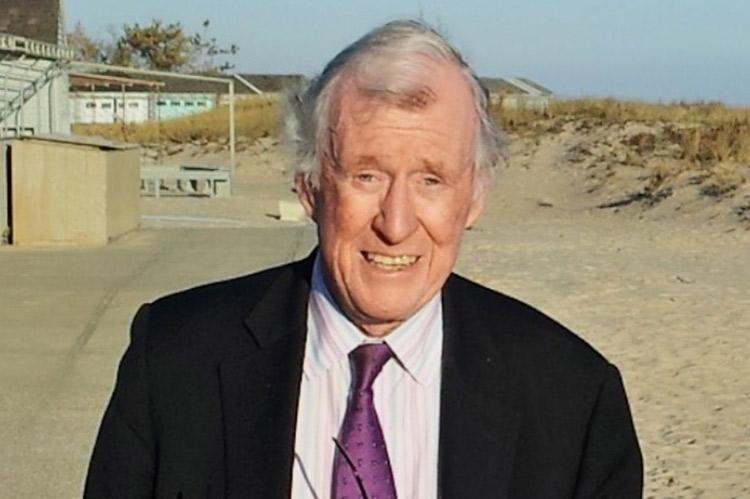 Frederick A. Terry Jr., an attorney and sportsman, philanthropist and scholar, died at home in East Hampton, surrounded by family, on Jan. 13. The cause was complications from Parkinson’s disease. He was 90.

An avid reader and history buff, Ted Terry was the valedictorian of the class of 1953 at Williams College. He graduated in 1956 from Columbia Law School, where he was a Kent Scholar and articles editor of the Law Review. After clerking for the Hon. Sterry R. Waterman of the U.S. Court of Appeals for the Second Circuit, he joined the firm of Sullivan and Cromwell in 1957, became a partner in 1965, and was the founding partner of the firm’s trusts and estates arm, known today as the estates and personal group.

“He was a trusted counselor who loved his work and came to love his colleagues, many of whom became close friends,” his family wrote.

Mr. Terry was born in Buffalo on May 24, 1932, to Frederick Arthur Terry and Agnes Tranter, whose father was the editor of The Buffalo Courier-Express. His own father, who was born in Brighton, England, instilled in his son “a certain English pride,” the family wrote, in sharing his birthday with Queen Victoria.

Ted Terry attended the Nichols School for Boys in Buffalo before leaving for St. Paul’s School in New Hampshire, where he graduated in 1949.

In 1993, he married Barbara Anderson Shansby, who survives.

Known for his kindness, quick-witted humor, jovial spirit, and boisterous laugh, Mr. Terry loved sports both as a competitor and as a fan. “Winning a point using his infamous “slice/spin” while playing tennis on grass courts gave him immense pleasure, as did cheering on his beloved New York Yankees and Buffalo Bills,” his family said. “When he wasn’t on the tennis court or golf course, he could be found devouring the New York Times, reading a book on American history, or watching a favorite classic movie.”

Mr. Terry was a dedicated adviser to and leader of many charitable and nonprofit organizations. He was a trustee emeritus of Rockefeller University, which in 2007 presented him with the David Rockefeller Award for Extraordinary Service. He served on the board of the Natural Resources Defense Council for 17 years and was made an honorary trustee afterward. He was a former director of the Eisenhower Fellowships and a trustee of the Harold K. Hochschild Foundation, the McIntosh Foundation, the Isak and Rose Weinman Foundation, and the Flagler Foundation.

In addition to his wife of 30 years, he is survived by two stepchildren, BJ Casey of New Canaan, Conn., and William (Chip) DeMeo of Manhattan, and three grandchildren, Charlotte Blythe Casey, William Laurence Casey, and James Frederick Casey. A sister, Noel Griffin of Raleigh, N.C., and two nephews, survive as well.

Funeral services will be held at 1 p.m. on Saturday at St. Luke’s Episcopal Church in East Hampton. Mr. Terry’s ashes will be buried in the family plot at Most Holy Trinity Church Cemetery on Cedar Street. The family has suggested memorial donations to a favorite charity or to an organization assisting those with Parkinson’s disease, such as the National Institute of Neurological Disorders and Stroke, the Michael J. Fox Foundation, or Rockefeller University.