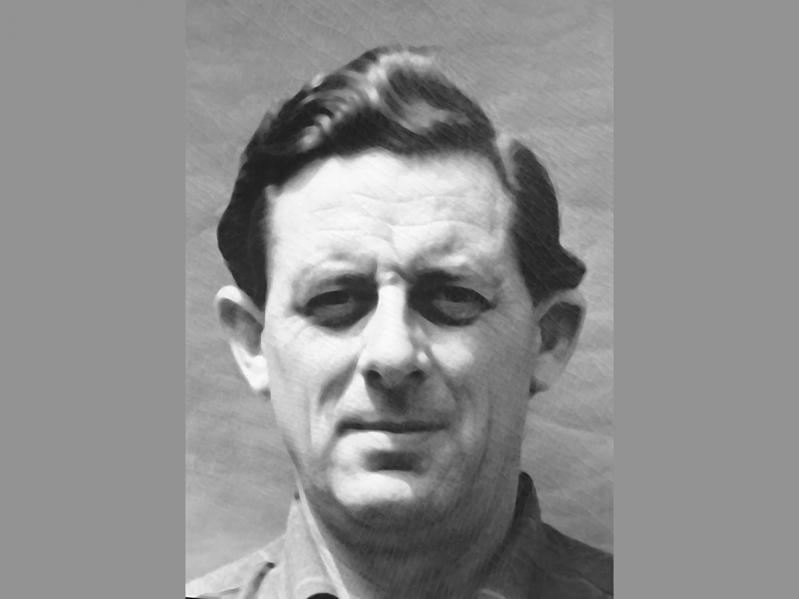 Franklin Alexander Russell, a prolific writer of books on nature and animals, died on May 5 at Windmill Village in East Hampton, where he had lived for several years. He had had a stroke some 16 years ago and had been in failing health ever since. He was 92.Mr. Russell, who contributed to The Star from 1980 to the mid-’90s, could write both facetiously and movingly. “The Bronstein Legend,” printed in November 1980, is a eulogy for a starling he rescued as a newborn from behind his house. Starlings normally live to be about 8 or 9; Bronstein, who refused to leave the Russell household, lived to be 13-plus.Between 1962 and the mid-1980s, Mr. Russell wrote mostly about animals in the wild, traveling all over to obtain his material. On the East End, where he had lived on and off since the ’60s, he befriended all manner of beasts and the occasional bird.He was born on Oct. 9, 1926, in Christchurch, New Zealand, the only child of Alexander Russell, who had come there from Scotland, and the former Vida Clare McKay. He often told people that his parents were spies, his father claiming to be a philatelist, but, as with much else that Mr. Russell said, the truth of it will likely never be ascertained. He was a great storyteller, but had a pronounced tendency to exaggerate, and what sounded real often became suspect over the years. He was adamant, for example, that he’d sat on Hitler’s knee as a child.Mr. Russell worked for a time as a journalist in New Zealand, Australia, England, and then in Montreal, where he met his first wife, Jean Denny. They became great friends with Brian Moore, an expatriate Irish writer, and his wife, Jacqueline Scully Moore, and the two couples eventually bought a farmhouse together in Frenchtown, Pa.; the Russells lived in the barn. The friendship continued until Mr. Moore and Jean Denny Russell ran off together, leaving Jacqueline Moore there with Mr. Russell, who eventually bought out the Moores’ share.He and Jackie Moore married in 1967; their son, Alexander Russell of Sag Harbor, survives. In a sad twist of fate, his wife, who, with her organizational skills and love of cooking, had anchored Mr. Russell as he traveled the world for his books, came down with a quick-acting cancer. She outlived her doctors’ expectations by four or five years, but died in 1977. Friends said his ballast was gone.At one time, Mr. Russell was considered to be among the great naturalists. His books, among them “Watchers at the Pond,” “Argen the Gull,” “The Secret Islands: An Exploration,” and “The Hunting Animal,” drew high praise. The Kirkus Review raved about “Watchers,” calling it “a beautiful, almost magical achievement, amazingly well sustained, shedding a shimmering light on the world of the woodland, its creatures, its seasons, and laws. Surely destined to be a classic, akin to the quiet genius of Thoreau. . . .”When Mr. Russell’s father died and left him a windfall, he bought a house on Fithian Lane in East Hampton, where he and Alexander had lived until he had to sell it. Sometime in 1969 he and Galen Williams, who had grown up near Mr Russell’s Frenchtown farm, met through her first husband, the poet and anthologist William Cole, who was working at Knopf, one of Mr. Russell’s publishers.They lived together for six months in 1977 and stayed together until 1980. All the neighborhood children, including Williams Cole and Rossa Cole, her sons, flocked to Mr. Russell. Ms. Williams, who runs a landscaping business in East Hampton and employed Mr. Russell in it until he started his own, called him a Pied Piper. “Yeah,” Erling Hope of Bridgehampton said. “Frank was a singularity. He taught us all how to mostly not get caught.”His son, Alex, a chef at Page, together with a number of Mr. Russell’s young friends, is planning a celebration of his life for the early fall. They have expressed their gratitude to Pavel Pushkov of East Hampton for his devoted care.