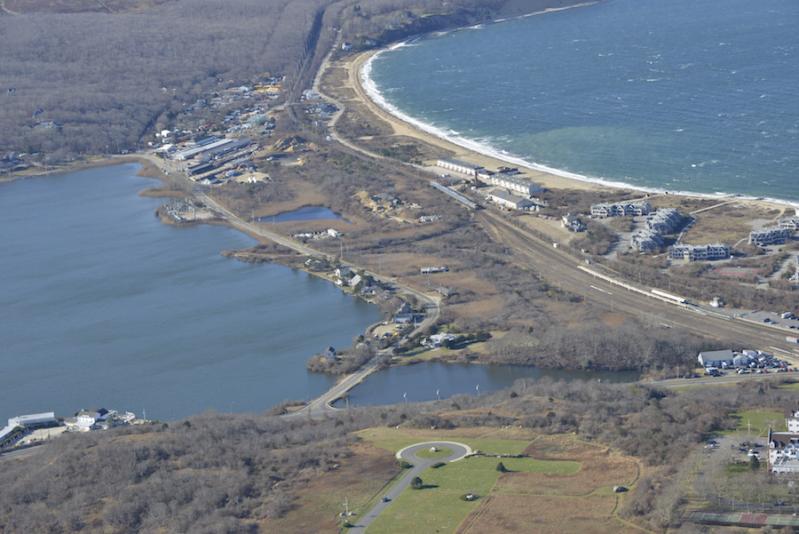 PSEG's search for the right location for an updated Montauk substation to replace the aging one on Industrial Road continues, but the most controversial options are off the table.
By Carissa Katz

PSEG Long Island announced on Friday that it will not build a new Montauk substation on Flamingo Avenue or at Eddie Ecker Park, locations that many in the community opposed.At a public information meeting last month, PSEG representatives offered details and took comments on several sites that had been under consideration for a new Long Island Power Authority substation to replace the 101-year-old facility on Industrial Road. Options offered at the meeting included the two sites above, the existing location on Industrial Road, another nearby on land between Industrial Road and Navy Road, and property in parkland near the former Montauk landfill.After reviewing comments from the April 2 meeting and during an ensuing public comment period that ended on Thursday, the utility took the two most controversial locations out of the mix, according to David Gaier, PSEG Long Island's director of communications.The Flamingo Avenue site, in particular, spurred a groundswell of opposition and an organized group of opponents turned up en mass on April 2 to make their position clear to PSEG."We've received the feedback from the community and we heard them loud and clear," Mr. Gaier said Friday. "There was clear and consistent and very loud opposition to those sites and we listened."At this point, the utility is "going to continue looking at all the options," Mr. Gaier said, adding that it is "not favoring any particular site."