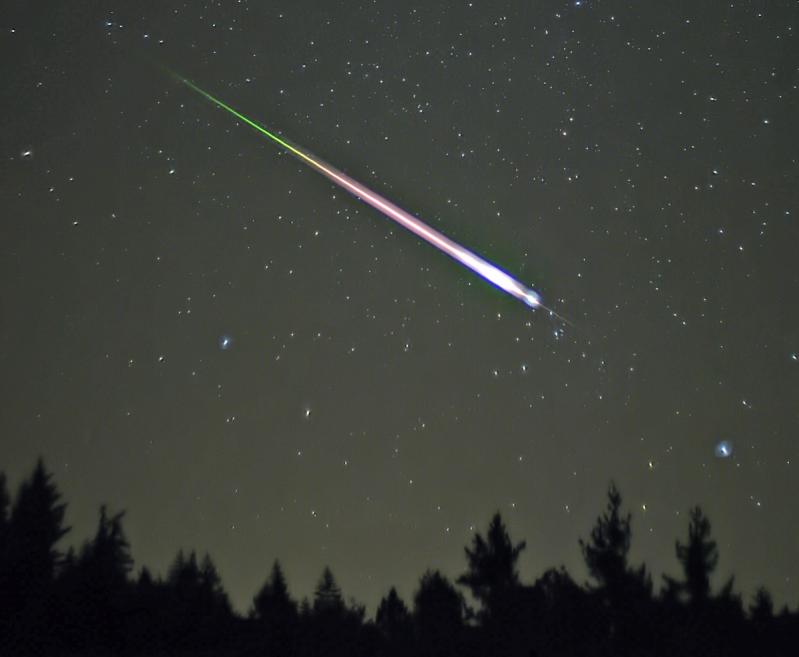 Thanks to promising weather over the next few days, the Leonids meteor shower can be seen in the pre-dawn skies this week. It will peak Monday night and the viewing will be made easier without moonlight, according to the Hamptons Observatory.

The meteor shower began Sunday and will run through Saturday, Nov. 21. At its peak, viewers can expect to see 10 to 15 meteors per hour. According to NASA, the best viewing will be after midnight.

"Where to look? Up," the Hamptons Observatory said in an announcement. "While the meteors from Comet Tempel-Tuttle radiate from the constellation Leo, they can be spotted in all parts of the sky."

On Dec. 3 at 7 p.m., the Hamptons Observatory is also offering a free online talk with William Francis Taylor, the organization's senior educator and a NASA Solar System Ambassador, on the subject of "The Great Jupiter-Saturn Conjunction." That event occurs every two decades, but this year's is expected to be even more special. Registration is by calling the South Fork Natural History Museum, which is a co-sponsor of the event, at 631-537-9735.

More information can be found at HamptonsObservatory.org.