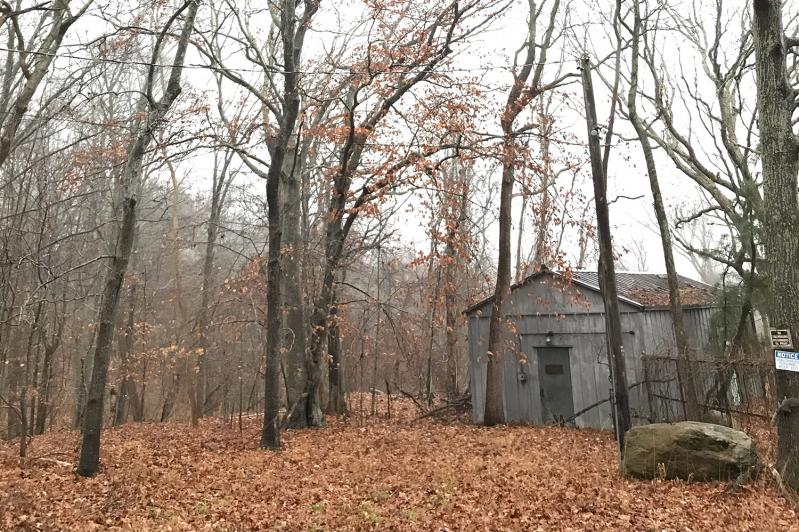 Neighbors, members of the public, and members of the Long Pond Greenbelt made their voices heard last Thursday as the Southampton Town Planning Board reviewed a Verizon application to locate a 153-foot communications monopole on land owned by the Village of Sag Harbor off the Bridgehampton-Sag Harbor Turnpike.

The pole, disguised as a 153-foot tree, would be to the west of the village’s impound lot and adjacent to the Long Pond Greenbelt, a 1,900-acre stretch of preserved woods, wetlands, ponds, and fields running from Otter Pond in Sag Harbor Village to Sagaponack.

Even though the Zoom information posted on the Southampton Town website was incorrect, people found a way to comment last Thursday as the planning board met remotely for a pre-submission conference on the Verizon plan.

Eric Helman of Amato Law Group in Garden City represented Verizon at the conference. The company, he said, wants a special exemption to construct the pole “within a 17-foot-by-30-foot equipment compound.”

Verizon pointed to the proximity of the impound lot as an argument in favor of its application, but it was this sort of “mission-creep” that irked nearby residents and members of Friends of the Long Pond Greenbelt the most.

William Di Bianca lives in the house closest to the proposed site. “What else is going to be put on the parkway if we allow this?” he asked.

Barbara Borenstein, calling in on behalf of the Friends of the Long Pond Greenbelt, argued for property to be preserved as part of the greenbelt, as all the land around it has been. She echoed neighbors’ concerns about the creeping development of the area. “First the transfer station, then the impound yard, and now the Verizon tower.” She said it was the board’s duty to protect the land and find alternative and appropriate locations for the tower. “Please do what you can to protect the area,” she added.

Dennis Finnerty, the planning board’s vice chairman, said that the height of the proposed tower exceeds other facilities recently approved in the Bridgehampton area, and, he said, “I don’t know that the tree concept is going to work for us from a visual standpoint.”

fMr. Helman countered, “I don’t believe the wireless ordinance limits the height,” and added that because the site is in a recessed area, “additional height was needed.” He admitted that Verizon had yet to prepare a visual analysis.

Mr. Finnerty asked Verizon to do so, and noted that the board was at the “very earliest juncture of this review.” He sought to assure the public, saying that another hearing will be open and that the record for comments on this one would remain open for 30 days for additional written comments on the application. “Email is best.”