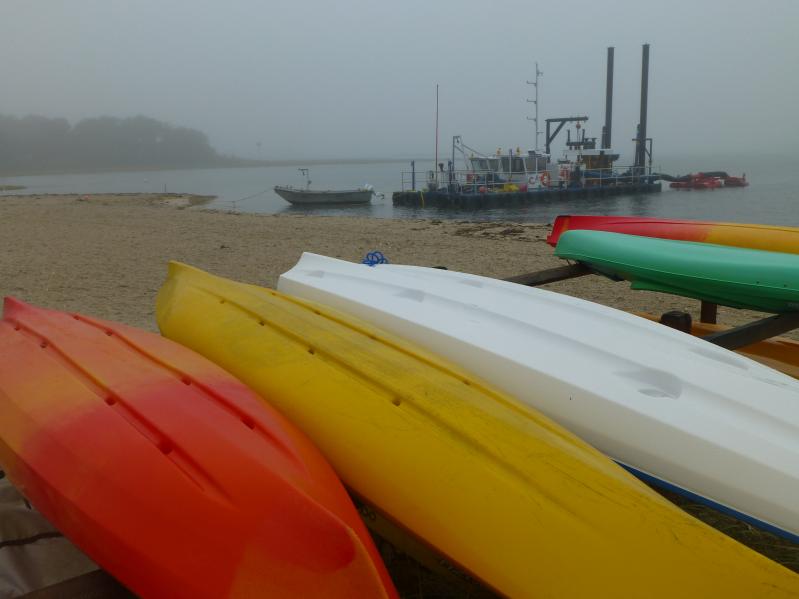 Suffolk County completed a dredging of Accabonac Harbor near Louse Point in Springs early this week, removing a spit of beach that had narrowed a channel and made it difficult for boats to navigate through the water, according to Francis Bock and Susan McGraw Keber, members of the East Hampton Town Trustees.

The dredging was done at the request of local baymen, said Ms. McGraw Keber, and it was the first time since 2013 that the county had overseen the project. In recent years the trustees have excavated the area, but to limited effect. "It was just a Band-Aid on a real problem," said Mr. Bock.

At a trustees' meeting on Friday, Mr. Bock said he had heard from residents who were "appalled" at the removal of the beach, but maintained that the dredging was necessary, and added that the channel was not intended for swimming. "They are being reminded that the sand spit is not a bathing area, but is a boating channel."

Nevertheless, he said on Tuesday, by next spring and summer, the beach will be bigger than it is now. "It won't be as big as it was, but it will be there."