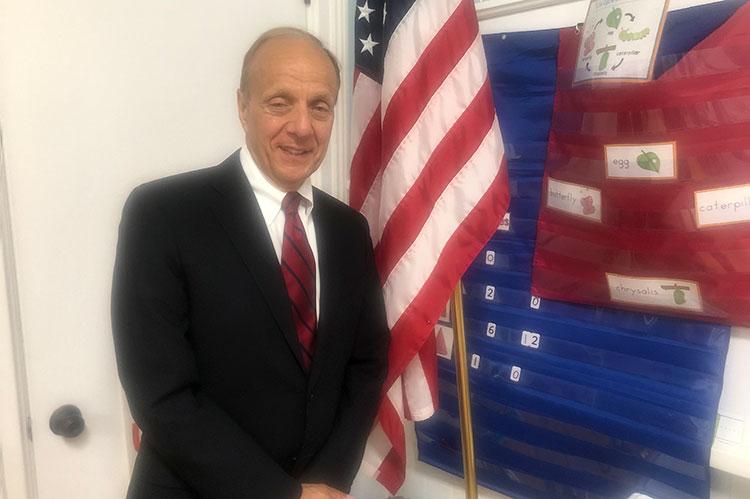 John J. Finello has been hired as superintendent and principal of the Sagaponack School, and Christine Schnell has been named its district treasurer. The school board unanimously voted on Tuesday to appoint them.

Mr. Finello is a former superintendent in the Springs School District and has also held that title in the Huntington and Islip School Districts. He succeeds Alan Van Cott, who spent eight years at the helm of the little red schoolhouse. His contract for the part-time position is for three years, officially starting July 1.

"I look forward to working with all of you," Mr. Finello told the school board, adding that Mr. Van Cott had done "a fine job. The goal will be to preserve what you established and keep it growing."

Ms. Schnell previously worked in the business office of the Sag Harbor School District and holds the same title at the Wainscott School. She succeeds the longtime treasurer, Eileen Tuohy, who remains the treasurer for North Haven Village.

Also on Tuesday, the Sagaponack School Board announced that it will no longer hold its second and third-grade classes at Most Holy Trinity in East Hampton. That arrangement in the 2020-21 school year allowed the school district to safely open for full-time, in-person classes during the Covid-19 pandemic. Sagaponack was the only South Fork school district that did not report a case of Covid this year.

While the recently approved 2021-22 school budget included money to possibly continue holding classes at Most Holy Trinity, "we had a goal to try and get all of the students back into the building" for next year, Cathy Hatgistavrou, the board president, said. "We should all fit . . . unless something drastically changes or reverts."

Enrollment is expected to be around 16 next year, with one kindergarten student, five in the first grade, two in the second grade, and eight or nine in the third grade.